Blog
You are here: Home1 / Blog2 / Uncategorized3 / Together Again

The great thing about the start of the summer season is the sense of optimism and excitement that comes with it. Though the calendar states the official start of summer is June 20, it’s Memorial Day weekend that kicks off the fun. We all know it was a trying year+, yet recently I saw several things that left me feeling that better times have arrived. I felt a renewed sense of appreciation for the many things I took for granted. Among these were seeing crowds gathering and live music drifting from open doors.

Relishing in the simple pleasure of riding my bike around town Friday evening of the holiday weekend, I was somewhat surprised to see how many people were out and about. No doubt many people had traveled to our waterfront locale from other places, and I just hope they were taking a moment or two to stand still and take in our unique natural setting. There were many small groups strolling along Front Street and lots of people were dining outside. The outdoor seating, in some places expanded and in other places new, is something I’d like to see stay as long as the warm weather allows. Eating itself is mundane yet eating out with friends or family elevates meeting that basic need into a special occasion. It is important to treat ourselves sometimes, and after the strange, abnormal time we’ve all come through, treating ourselves is more needed than ever.

Additionally—and so valued by me that I stopped my bike and two friends to listen—there was live music! I heard it coming from more than one downtown establishment and felt it was long overdue, needed, and cherished.

What else is overdue, needed, and hopefully cherished? Coming together. Even for the small things we may never have given much thought to or held in high regard before the pandemic. Coming together for a meal, on an outdoor patio, where we hear music that creates a festive atmosphere. Let’s come together even if we sit in silence to take in the view. We don’t have to agree on everything, who ever does? But it’s not a trite sentiment that what unites us is greater and more important than what may divide us. Hopefully, after being forced to distance and remain separate, we will mark this new summer season with gratefulness for the seemingly mundane—yet special—things that have returned.

Want to join the discussion?
Feel free to contribute! 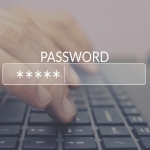